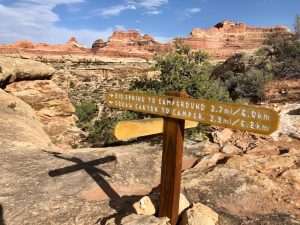 No, this is not a blog post from the 1980’s, nor is it a discussion of videocassette recorders. This is the biggest change in the history of chargebacks. This is the beginning of a digital revolution happening within the oldest of old school: consumer banking. And, if you don’t think you need to pay attention to this, you may want to consider a Betamax VCR…

Why is this such a big deal? Prior to the new Visa Claims Resolution (VCR) process, banks had up to 100 days to respond to a dispute. All while ecommerce merchants were held to a higher standard—something closer to 30 days. You may be asking, really? Why would Visa allow banks such latitude while holding ecommerce merchants to less than a month? The answer has to do with traditional 1970’s style banking, slow paper driven processes, and the lack of modern data standards. Now the tables are turned…

With VCR, banks are being forced into a modern digital process for claims resolution. Now, they are likely to respond in days. This places significantly increased pressure on ecommerce merchants, not only due to shorter response windows, but also potential fines imposed by the bank if the merchant fails to respond. Most banks are requiring a response in no more than 20 days; ideally you should respond in less than a week. This requires more time and effort on the part of your chargeback handling team. A merchant’s failure to adapt could result in higher losses as well as increased chargebacks.

Generally speaking, the VCR process requires ecommerce merchants to actively manage, with precision around compelling evidence, chargeback types, and response timeframes. The old “reason codes” have been replaced with two process categories: allocation disputes and collaboration disputes. Reason codes were sloppy and allowed ambiguity like “unrecognized transaction.” That now defunct reason code “75” was a short-cut when nothing else made sense. Now, your finance staff must provide clarity on whether the chargeback is fraud related or a consumer dispute.

Here’s the cool part: the process category model fundamentally changes from a litigation-based approach to one which assigns party liability: who has liability for the chargeback itself—the merchant or the issuing bank? The other cool part includes a new service Visa offers for merchant processors who want to directly integrate. It’s called Visa Merchant Purchase Inquiry. Using this service your merchant processor can have immediate and direct access to a consumer dispute before a chargeback actually occurs, much like a retrieval request. This could prevent a chargeback altogether, and could be a game changer.

As an ecommerce merchant what should you be doing today? First, you should do a comprehensive audit of your internal business processes surrounding your fraud strategy. You need to ensure you have the compelling evidence necessary for a proper response. Do you have shipping confirmation? Do you have bill to and ship to information? Most often chargeback handling falls on the shoulders of your finance team. You may need to re-train your teams if you want to avoid penalties associated with a non-response. Also, because of the liability assignment approach, the process for submitting a compelling evidence packet changes. These are a few things for you think about.

As it ends up, both VHS and Betamax are now history—you may be too if you don’t convert!

If you would like help with chargebacks, or to explore your ecommerce fraud strategy, feel free to drop us a line at connect@chargebackops.com. 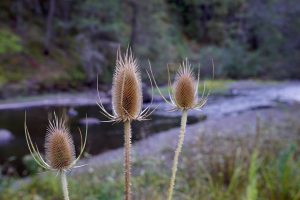 I am frequently asked the question about the difference between fraud prevention tools and chargeback fraud alerts. In order to understand this difference, think about the pre-order and post-order phases of a typical eCommerce transaction.

When a consumer buys something on the Internet they place an item in their shopping cart, enter their credit card information, and proceed with the order. To the consumer, this is seen as a single, autonomous transaction. To the underlying eCommerce system, the transaction is not quite complete. Prior to processing the order most modern eCommerce systems will work to validate the credit card and the likelihood of fraud. It is during this phase you would use a fraud prevention tool. Fraud prevention tools such as Kount and CyberSource’s Decision Manager use device fingerprinting and fraud scoring to assess the overall transaction risk. These tools can have a big impact on your overall fraud exposure by rejecting the order before it even takes place.

Chargeback fraud alerts on the other hand happen post-order, perhaps even weeks after the product has been ordered and shipped. Fraud alerts are a way, of sorts, to intercept a chargeback before it occurs.

In order to initiate a chargeback, a consumer first calls their card issuing bank to begin the dispute process. The fraud alerting networks, Ethoca and Verifi, each have agreements with different card issuing banks who share this dispute information with a merchant, prior to the card issuing bank actually filing the chargeback. This process works due to the limited response window in which the alert must be responded to by the merchant. Chargeback fraud alerts are most often used by high-risk merchants in order to reduce their overall chargeback rate. In most cases these high-risk merchants value the avoidance of a chargeback greater than they do the merchandise itself.

If you would like help with chargeback fraud alerts, or to discuss your fraud prevention strategy, drop us a line at connect@chargebackops.com.